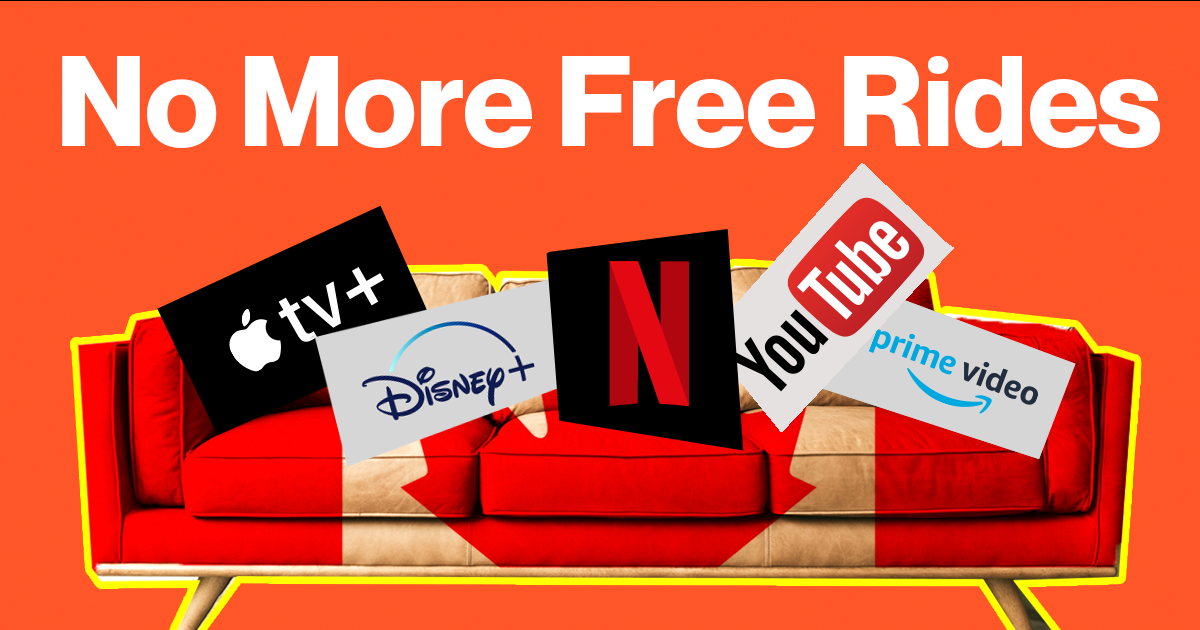 Canada’s Broadcasting Act has not been updated in over 30 years. Not a single change to the policies that impact how stories are told and who gets to tell them since the internet was first created.

Meanwhile, foreign streaming services like Netflix, Disney and Amazon have effectively been crashing on our cultural couch for the last decade, earning billions from Canadian subscribers yet paying nothing towards the systems and structures that allow Canadian storytelling to survive and thrive. These tech giants pony up only when and how it suits their constantly changing business models and public relations machines.

That’s what Bill C-11, the Online Streaming Act, seeks to correct. No more free rides. Instead, those who benefit from Canada’s cultural sector will be obliged to contribute to it.

But these foreign big tech giants are extremely resistant to rules or regulation of any sort from any government. They don’t like being told what to do and they are pushing back against this legislation and threatening its success.

We can’t let that happen.

Bill C-11 is a once-in-a-generation opportunity to finally force these billionaire behemoths to pay their fair share.

Write to your MP today and tell them to support Bill C-11.